E L O out of the blue

Posted on February 7, 2011 by TARGET Consulting

E(lectric)L(ight)O(chestra) out of the blue 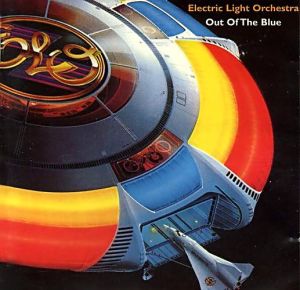 Still rather wrong-headedly regarded as a ‘guilty pleasure’ (thanks Sean Rowley), Jeff Lynne’s Electric Light Orchestra were quite simply a gigantic pop hit machine. Oft-derided as a mere Beatles copyist, Lynne’s genius was to take his earliest ambition of recreating the rush felt when first hearing ‘’I Am The Walrus’’ and achieve it, again and again.

The formula was simple (and in this he was far from being alone in the early 70s) – to weld pure rock melody with classical stringed grandeur. When the idiosyncratic fellow ex-Move member Roy Wood jumped ship, Lynne began his rise to chart domination. Over the space of five years and six albums Jeff refined the sound in his head.

By 1976’s New World Record (their finest moment) he’d achieved world status and was now the master technician of the four-minute chamber pop format. By 1977 he had only one way to go – bigger and grander. But, as his sleevenotes recall, holed-up in the Swiss Alps he found inspiration slow in coming.

Finally the muse returned, in spades. So much in fact that Out Of The Blue became a double album. Increased budgets fitting the band’s status meant that the sound was now as big as it could get (for the time). Multi-layered EVERYTHING pours out of the speakers, almost drowning you in lushness. Considering how good it sounds buffed-up for digital consumption, it’s amazing that these tracks sounded so amazing on tinny old AM radio. The album yielded four enormous hits.

Of these, ‘’Sweet Talkin’ Woman’’ remains Lynne’s most perfect hit. From its George Martin-homage string intro to the massed acoustic guitars, it’s a rollercoaster of sweetness. These days, of course, everyone hails ‘’Mr Blue Sky’’ as his magnum opus, yet its wild construction shows the first sign that Jeff was trying a little too hard.

The rest of the album remains a solid, if somewhat bloated romp through concept-lite AOR. Dotted with bubbling ‘modernity’ in the shape of Richard Tandy’s synths (‘’The Whale’’) and childhood reverie (‘’Birmingham Blues’’, ‘’Wild West Hero’’), all wrapped in a suitably sci fi sleeve. ELO would never repeat its successes, and to this day Out Of The Blue remains an essential purchase for anyone wishing to bask in their pop perfection.

after all those years, yes time flies:) this album still rocks!!

As always…..order from me, I beat the price

This entry was posted in rock and tagged electric light orchestra, elo. Bookmark the permalink.